A guide to the best attractions in the Dordogne, France, chosen by our expert Nicola Williams.

Dining out, wine-tasting and visiting gorgeous chateaux and villages star on the Dordogne must-do list. Throw in Vézère Valley prehistory for the perfect mix.

The old Roman town of Périgueux is deliciously small and provincial. Farmers flock into town on Saturdays and Wednesdays to sell their produce at the superb morning market. Wooden trestle tables crammed with fruit and veg vie for attention with the pearly-white domes of Périgueux’s Byzantine cathedral, evocative of St-Mark’s Basilica in Venice. 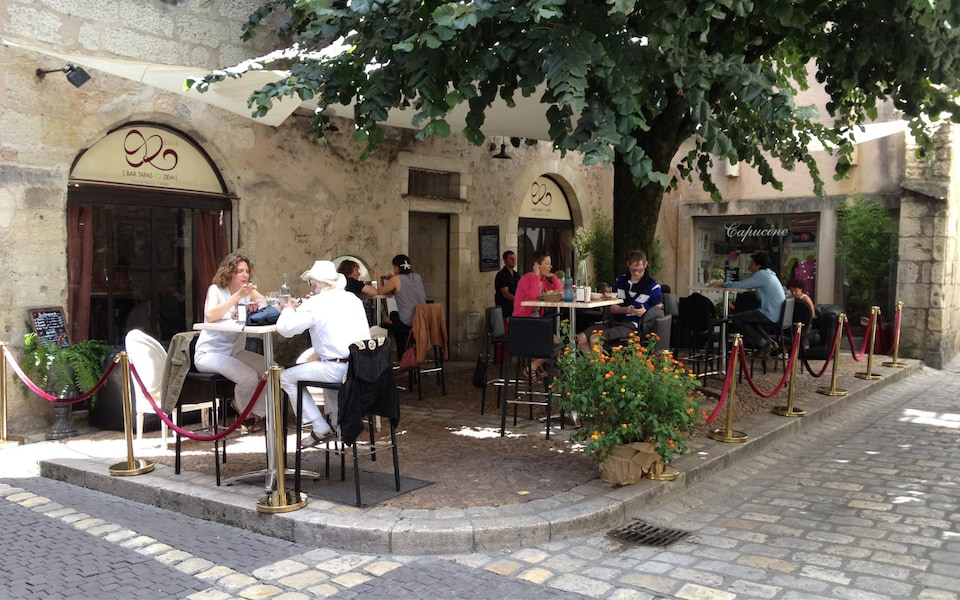 A 30-minute drive north of Périgueux is the Dordogne’s self-proclaimed truffle capital. Its museum (ecomusee-truffe-sorges.com) unravels the mysteries behind the black Périgord truffle – sold fresh in season for around €900 (£680) per kg. Buy pear and truffle jam, green tomato and truffle chutney, truffle mustard, honey and ice cream in its boutique. End with a walk along the Sentier des Truffières, a 1.8-mile, truffle-rich trail that winds through vineyards, walnut plantations and meadows. 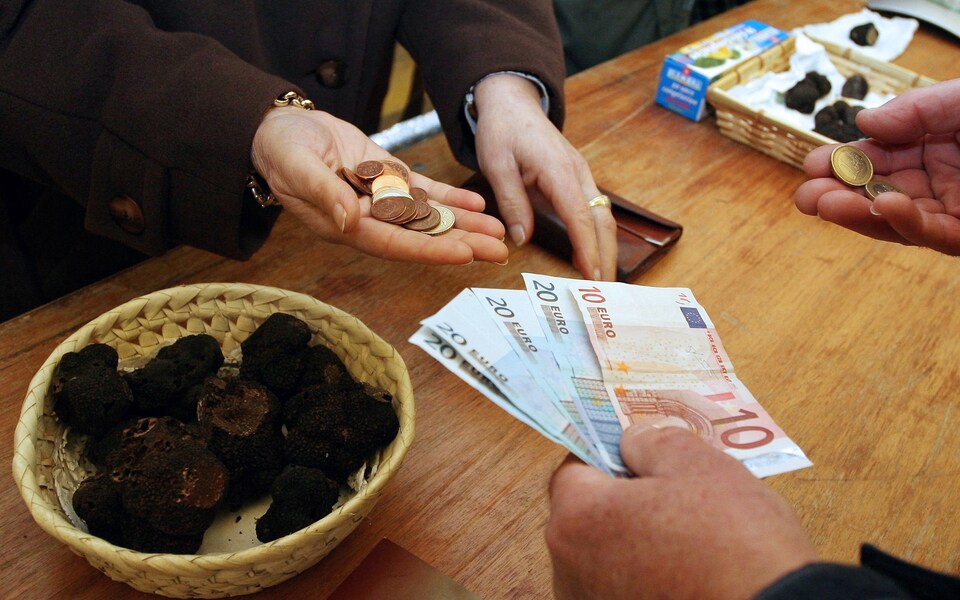 A 30-minute drive north of Périgueux is the Dordogne’s self-proclaimed truffle capital CREDIT: THIS CONTENT IS SUBJECT TO COPYRIGHT./BLOOMBERG

Picturesque enough to be hung in the Louvre, this romantic village 30 minutes west of Sorges is the “Venice of Périgord”. It’s impossible not be moved by the beauty of boating beneath the stone arches of its angled bridge traversing river and adjacent canal, or meandering cobblestones polished smooth by centuries of pilgrims following the way of Saint James through Brantôme to Santiago in Spain. Its vast abbey, founded by Charlemagne in 769, shelters eighth-century cave dwellings, hollowed out by monks, in cliffs behind. 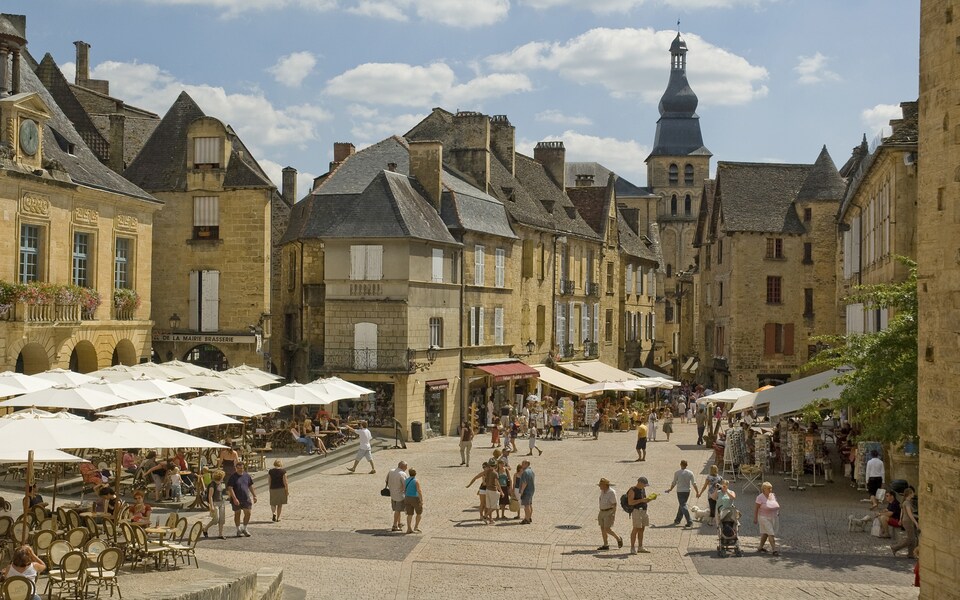 The food market, famously at home in the Gothic church of Sainte Marie, bursts into action every morning at 8.30am on place de la Liberté’s northern end. Ride the lift inside for a round-the-clock panorama of ginger-red rooftops and countryside beyond.

It is an extraordinary tale. Teenage boys stumbled upon this monumental work of prehistoric rock art (lascaux.culture.fr), buried in the Vézère Valley, while out with their dog in 1940. Eight years later the cave opened to visitors. By 1960 up to 2,000 people a day were pouring in as the first deadly stains of green algae appeared on its walls.

Three years later the original was shut. Lascaux II, the replica, opened in 1983 – and it astonishes me how powerful a copy can be. Visits by guided tour – it’s chilly, bring a jumper – take in the two galleries faithfully mirroring the prehistoric menagerie blazed across the rock by man 17,000 years ago. 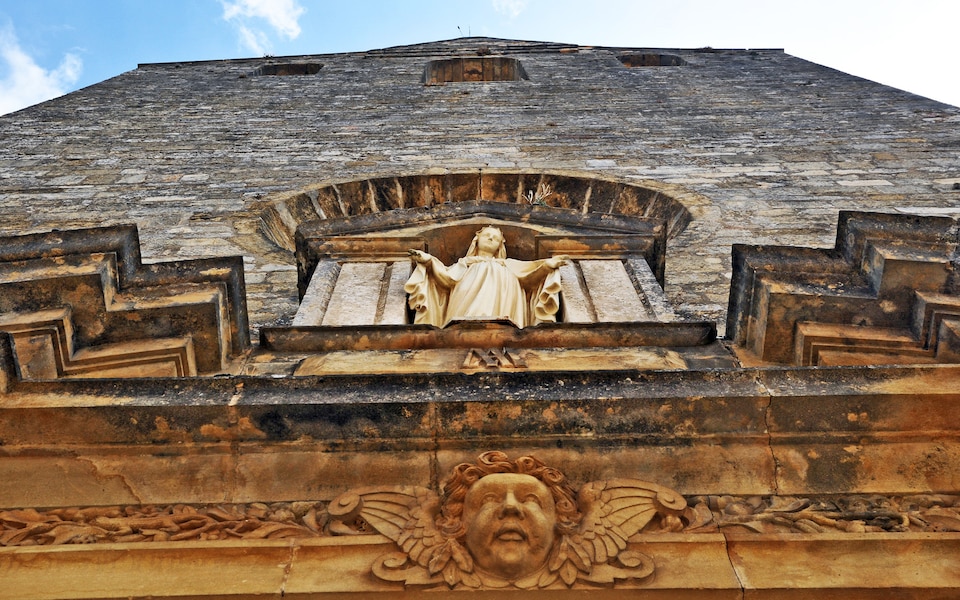 Stalactites and stalagmites glisten like jewels in the Grotte de Domme, 500 yards of subterranean galleries and ancient cave art, beneath the central square. Enter via the 17th-century market hall; exit via a panoramic lift with gobsmacking valley view.

Part of the Dordogne’s spell is its drop-dead gorgeous villages, as this waterfront huddle of medieval stone on the Dordogne River testifies. The sheer golden cliffs sheltering a 12th-century troglodyte fort are awe-inspiring. Down on the river, traditional gabarres (barges), used to transport barrels of wine and salt downstream in the 19th century, plough the water. Hop aboard! Or gorge on bird’s eye views of the village and its grey, lauze-tiled rooftops from a hot-air balloon; Montgolfière du Périgord (montgolfiere-du-perigord.com), a mile up the road, arranges flights.

These ornamental hanging gardens (marqueyssac.com) are the Dordogne’s most brilliant, planted on a rocky spur south of La Roque-Gageac in the 19th century. Some 150,000 vintage boxwoods, trimmed twice a year by hand, blaze a symmetrical riot of swirls, whirls and curvaceous patterns. Footpaths – lit after dark by thousands of candles the summer I visited – spiral through the green maze to a belvedere, from where the Dordogne Valley dramatically unfolds below.

Lazing between sun-baked clearings and chestnut forests in the southern Dordogne, this town, an hour from Bergerac, was founded in 1284 for King Edward I of England. Much to the joy of flâneurs today who revel in the medieval symmetry of central place des Cornières and its surrounding grid of streets, the bastide was built in a quadrilateral, 500 yards long and 250 yards wide. You can’t get lost. 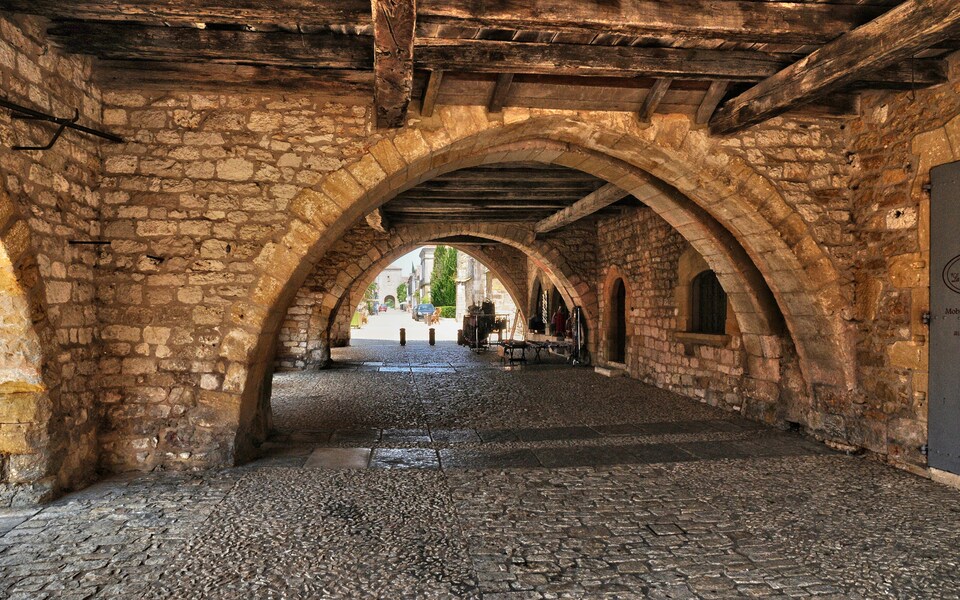